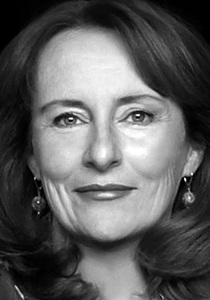 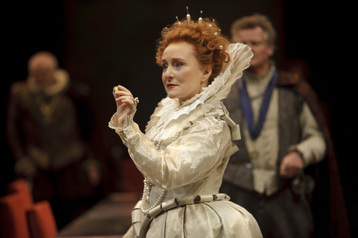 “One has become more at ease with the language and the translation. Like any play that you have rehearsed well it just becomes deeper and more complex emotionally. You find certain things, and you think that's still not working and you keep working on it. I think the fun quotient is greater. And you know what? It doesn't hurt to have 110% houses because the energy from the audience that you get is wonderful and invigorating. So that's very exciting to have that arena. And it is a political arena and so much of it resonates right now.”
About the Play

Mary Stuart, former Queen of Scots, is imprisoned in England, where her very existence poses a threat, both personal and political, to her Protestant cousin, Elizabeth I. As Elizabeth hesitates over decreeing her rival’s fate, Mary pleads for a face-to-face meeting – but in the swirl of intrigue that surrounds both women, whom can either one trust?

Beautifully directed by Martha Henry, Mary Stuart was breathtaking to behold.
Seana McKenna and Lucy Peacock (who had not been together on the Stratford stage since their one scene in Noel Coward's Fallen Angels!) were magnificent as two rivals meeting for the first time. This show was riveting from start to finish. I cannot believe I was sitting in the first row on the side. I did not want it to end. The entire cast was marvelous! Brava! - Coral FM

Seana McKenna ....
I first saw Seana in Stratford's 1984 production of Romeo and Juliet, directed by acclaimed late British theatre director Peter Dews opposite actor Colm Feore as Romeo. I have seen Seana in many a role from Damien Atkins' The Good Mother in an amazing performance as stroke victim Anne Driver, her marvellous interpretation of The Bard's wife Anne Hathaway in Vern Theissen monodrama Shakespeare's Will, and her delicious portrayal of Marquise de Merteuil in Christopher Hampton's Dangerous Liasons.
We share a mutual adoration for playwright Tennessee Williams. I have seen Seana as Amanda in The Glass Menagerie, Lady in Orpheus Ascending and also as Hannah in Night of the Iguana. Each time she has brought a new and exciting dimension into these beloved Williams characters. In 2011, Seana and her equally talented husband Miles Potter, were gracious enough to chat with me for my Couples in the Arts series in Waterloo Region's Grand Magazine. Suffice to say, this interview with Seana is more of a chat!

Part One - Seana discusses her role as Queen Elizabeth in Mary Stuart
and the differences and similarities between the two monarchs
who in real life .... never met.
Listen here for the interview. 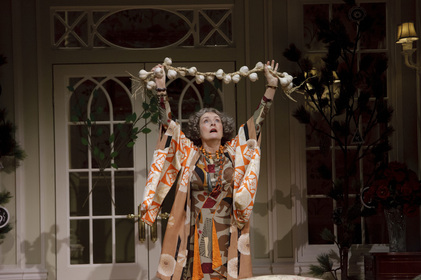 Seana McKenna as Madame Arcati Photo - David Hou
Seana McKenna - The comedic challenges of Noel Coward
"This play was tough because it is a high energy piece. There are a lot of one liners and there are not many long monologues where you set your own pace. You have to keep things moving. The text moves fast and there is repetition but slightly different.

There are two seances -  and I have to get those straight. Words are slightly different here and there. So this piece requires a very tight ensemble. We are all having a great time. It's fabulous.”

Well these four may have had trouble in the rehearsal process, but I thought Blithe Spirit was damned funny. And equally fabulous. - Coral FM

In Part Two of this interview, Seana chats about Madame Arcati,
her Doctor of Sacred Letters, playwright Tennessee Williams.
And the WHY of acting! Plus I play one of Seana's
special music requests. 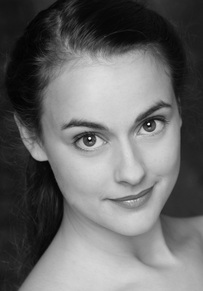 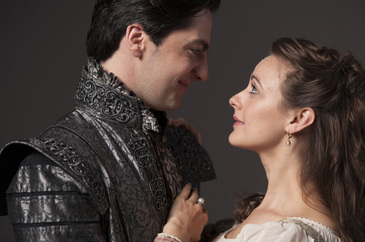 “Juliet's like closing your eyes and falling backwards off a huge cliff into a big rolling ocean where you know, as long as you surrender, you will perhaps end up at the bottom of the ocean but the waves will bring you up again. You feel like the ocean is okay. It's a safe place.” - Sara Topham

In Part 1 of this interview Sara chats about the thrill and challenge of playing Juliet, and playing this role with the Festival house lights up! This beloved Shakespearean character was Sara's very first speaking role in a play at high school ... so she has been "living with Juliet for a long time." 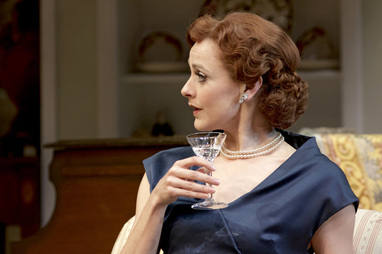 "Playing Ruth in Blithe Spirit is like driving a tiny tiny sports car on a highway cut into the side of an incredibly high mountain with a sheer drop to certain death on the rocky rapids beneath on your outside side.
It's a completely different experience."
Sara Topham


Directed by Brian Bedford, (an expert on all things Noel Coward to my mind!)
Blithe Spirit cast also includes Ben Carlson as Charles, Michelle Giroux as Elvira, and Seana McKenna, as Madame Arcati.

Sara was simply finely in this production. I love it when she got so furious. It was comically delicious whether she was fuming at Charles, Elvira or Madame Arcati! - Coral FM.

In Part 2 of this interview, Sara speaks about playing the role of Ruth in Blithe Spirit from mastering Coward's lovely complex text to working on a crazy special effects set (like another character itself!) in this terribly savvy and simply finely comedy. We also talk about one of her all time favorite movie roles. And .... I have put together a special music mix
just for Sara from Sergei Prokoliev to the prose of Alfred Lord Tennyson! - Coral FM. 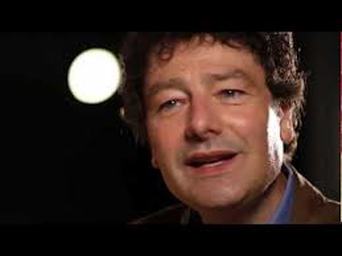 Stratford Shakespeare Festival Artistic Director Antoni Cimolino.
Some of the world’s greatest thinkers and entertainers are gathering in Stratford this week as part of the Stratford Festival’s new Forum, a series of activities and events designed to make a visit to Stratford an immersive, all-encompassing cultural experience. From June 12 to 16, July 9 to 14, and Aug 9 to Aug 18, 2013 the Festival will host its first “Forum Foray,” a supercharged week that is jam-packed with provocative speakers, panels, comedy nights, concerts and more. We also spoke another exciting initiative which will take place later on in the season from October 15 to 19 called In Vitro – The Laboratory which will give audiences a glimpse of what the company has been doing through an exciting behind the scenes program of artistic experimentation and exploration.


I had the great pleasure of speaking with Stratford Festival Publicity Director Ann Swerdfager about The Forum and Forum Forays. And Brava to Artistic Director Antoni Cimolino for creating and implementing this incredible new theatre-goers adventure!!!- Coral FM
For more information please regarding The Stratford Festival Forum 2014, Visit http://www.stratfordfestival.ca/