Coral Andrews is a Kitchener, Ontario based writer
whose by line has appeared in many publications... 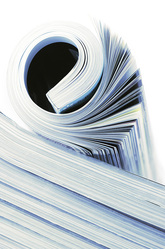 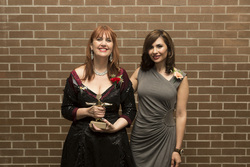 From The Waterloo Region Arts Awards Committee ...
"Coral Andrews was nominated in the Festival or Event Volunteer category, but her contribution to the cultural vibrancy of our region transcends this and other categories. The list of people she has interviewed and whose work she has promoted as host of Coral FM for 35 years, originally on CKWR and now on 100.3 SoundFM, can serve as a “who’s who” for the performing arts in our region. Her contribution as a writer specializing in arts and culture for a wide range of  regional publications, including Grand Magazine, The Record, Proud Magazine,  ECHO, The Waterloo Chronicle, Taste Magazine and The New Quarterly is similarly extensive and varied. There is also her work as a producer of a wide range of literary, theatre, and live music events. She is a generous mentor, especially for new and emerging performance artists. Coral is an immeasurable asset to this community, and deserves to be honoured with a 2012 Special Jury Award."